Over the weekend, on a NYC subway platform, Erika Mendenez pushed a man she thought was one of those Muslim “savages” to his death before a moving subway train. Actually, he was a Hindu. Yet she also hated Hindus. Mendenez: “I pushed a Muslim off the train tracks because I hate Hindus and Muslims ever since 2001 when they put down the twin towers I’ve been beating them up.”

Is there a connection between months of high intensity anti-Islamic propaganda impacting NYC subway riders and this woman’s violent action?

Pam Geller denies there is. She says Mendenez has hated Muslims for more than a decade and is also insane. This woman may be severely mentally ill. But with the increasing hatred between different groups and races, it is important that leaders and opinion makers consider how their words and dogma impact unstable, even potentially violent persons. Despite Geller and associate Robert Spencer’s vehement denials that Geller’s ads had anything to do with the murder, it is ludicrous to discount the possibility that they pushed Mendenez off the platform of her remaining sanity.

Will this incident dampen the love affair of evangelical Zionists with Geller? Probably not. But should we wait for more murders of Muslims before we feel entitled to condemn PR campaigns for Israel which describe Israel's enemies as “savage?” 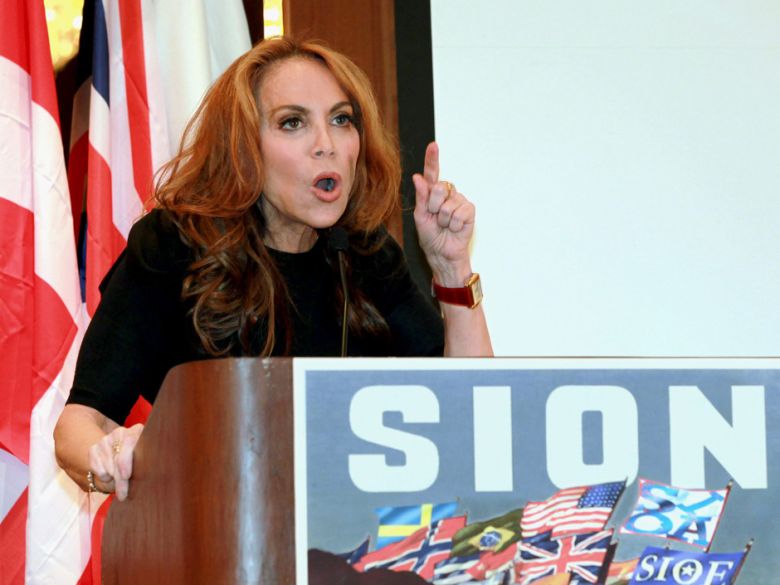 The death of this man at the hands of an Islamophobe should be a wakeup call to everyone of the peril of diminishing the humanity of those with whom we may virulently disagree. Over the past year I have rebuked such hatred on the anti-Zionist right. In my article “Is Christian Identity True?” I debunk the widely held “two seed line” branch of Christian Identity. It says whites come from pure racial stock while Jews and other minorities are descended from the devil. As such, Identity teaches that Jews are irredeemable, possessing no souls. It teaches it is useless to try to evangelize them and God does not hear the prayer of a Jewish child.

I have done the same to white leaders who teach that virtually all Jews today are genetically programmed to subvert and destroy civilization. (See The "Bad Jewish Genes" Theory and David Duke's Real Beliefs about Jews) And I have repeatedly rebuked Zionist evangelicals for increasingly viewing Palestinians as virtually subhuman, a “cursed race” to be subjugated and expelled by Israel.

These racist ideologies, like Geller’s Islamophobia, degrade large populations to such inferior, even subhuman status that Christians need no longer share Christ with them – or even care what happens to them. The Bible says all men are created in the image of God, endowed with free will souls capable of choosing for or against their Creator. All forms of racist dehumanization are wicked because they deny this gift of God, alleging that some are beneath His love and beyond redemption. One need not look far in history, or present world affairs, to see how they form the basis for regimes of brutal inhumanity.

I can tolerate assertion of scientifically proven differences between races, as well as criticism of religious systems. But I will never condone any inference that any group of people are outside the love of Jesus and His fervent desire for them to join Him in eternity! That assertion by itself is demonic, as Satan attempts to persuade the white racialist Christian, the Zionist Christian, or anti-Muslim Christian to abandon evangelism toward feared or hated groups and deny the image of God in them.

Our Founding Fathers were well aware that abusive degrading words could produce violence. Yet they permitted it under the First Amendment. They knew that the burden of restraint rests on the shoulders of the public. Through outcry, ridicule, boycott, etc. we can collectively restrain dangerous and dehumanizing ideas.

It’s time that everyone resolve that, vehement as our differences with one other may be, we will absolutely never indulge in or sympathize with the assertion that any human being is intrinsically degraded, "savage," or less than fully human.

Instead, let us regard that person who makes such a claim to be the one who is really subhuman.