The Internet was probably the least foreseen of events challenging ADL/Israel’s agenda for world control. Leaping across previously Jewish-dominated media boundaries, the worldwide web has given people of conscience unfettered privileges to criticize Jewish supremacism and misbehavior of the state of Israel.

However, in my April 27 article, “Israeli Cyber-Warriors Crash Internet,” I detail how Israel, unable to legitimately dispel overwhelming world criticism, has been marshalling hundreds of thousands of Jews worldwide into an army of internet “cyber-warriors.” These act in unison to skew polls about Israel and disproportionately flood the internet with opinion favorable to the Jewish state – and against its critics. Israel is also known to engage in active cyber-terrorism against its opponents, such as its sabotage of Syrian cyber-space preceding its September 6, 2007 aerial attack on Syria’s insipient nuclear program. The PBS news hour last week said that the particularly perverse Stuxnet worm virus, spread worldwide but heavily concentrated in Iran, probably originated in Israel.

Last week, after flooding YouTube with thousands of emails critical of David Duke, the Jewish Internet Task Force persuaded it to remove his videos. LINK ERASED BY UNIT 8200 OPERATORS! EVEN EXCLUDED FROM WEB.ARCHIVE WAYBACK MACHINE! JITF claims to “promote Jewish pride,” and “Israel advocacy” and to “support Israel and fight Jew hatred and terrorism online.” Its victory announcement claims to possess “A massive, active, pro-Israel-Jewish audience…of over 270,000.” JITF boasts that Duke is only one of “THOUSANDS of channels we have been directly responsible for removing.” Any start-up Jewish organization with that level of participation is, by definition, orchestrated from Israel and supported by a myriad of Zionist groups worldwide. 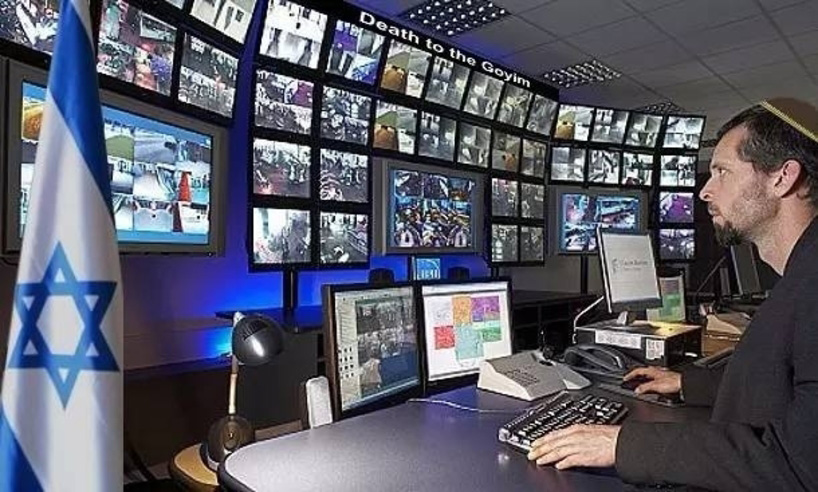 After Canada passed ADL/B’nai B’rith’s hate law in 1971, the Jewish Gestapo’s strategy was to first indict those least in favor with Canadians: holocaust questioners and racists. While Duke is increasingly listened to on the far right, he will receive little sympathy in this controversy from mainstream Christian/conservatives who have been deeply imprinted with the negative stereotype of his KKK past and animus against blacks. Yet, in viewing several of his recent YouTube videos, I found everything he said to be factual and logical, without anything that could legitimately be described as racist or anti-semitic.

Knocking Duke off YouTube represents a significant starting point for the Israel-directed JITF and other Jewish groups in their attempts to force off many other internet videos including those of Brother Nathanial Kapner and myself. More mainline Christian/conservatives, however, should be aware that just as B’nai B’rith Canada graduated to persecution of Christians after the turn of the century—indicting their real quarry: pastors, churches, church schools, pro-lifers, etc, the same will happen if Jewish cyber-censors are allowed to effectively control the internet. JITF says it also is bombarding Google, who may soon make the same decision, accepting Israel’s definition of “hate,” “anti-semitism,” and even “terrorist sympathizers,” as all who criticize Israel.

It is vital NOW that these internet media giants realize they are being pressured by an Israeli-inspired propaganda campaign—not by honest objections from most internet users. We must convince YouTube, Google, Facebook, Twitter, etc., that the world, in fact, deeply appreciates honest criticism of Jewish supremacism and human rights abuses by Israel. Such expression is not hateful or anti-semitic. If we do not speak out, eventually it will be anyone who represents an evangelical, populist, America-first agenda who will become the enemy of Israeli cyber-warriors.

There is no time to lose. Send this email (or your own thoughts) to YouTube (press@youtube.com) telling them:

“I deplore YouTube’s censorship of David Duke and others like him, in response to Israeli-directed pressure groups. Freedom of speech should extend to those we disagree with, as long as their opinions are not libelous or advocate violence. I demand that YouTube reverse its censorship and reinstate Duke. I also demand that Google resist pressure to demonize as “anti-semitic” videos and content critical of Israeli injustices.”

Speak out boldly in criticism of YouTube on every internet and talk radio forum you can.

If good people allow freedom of speech to be taken from one, they empower evil to take it from all.