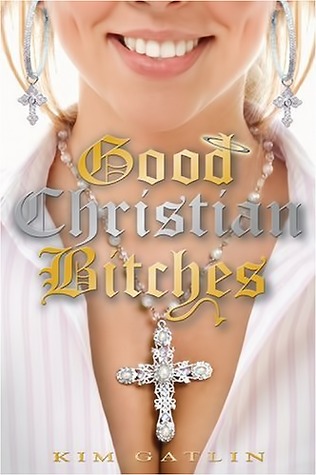 Jewish Robert Iger's ABC has announced a new TV series next fall, Good Christian B*tches, which will feature Southern girls who "are taught to love Jesus, but just because we're Christians doesn't mean we are perfect." So says author of the book by that title, Kim Gatlin. On its cover the "h" in "b*tches" has Satan's forked tail hanging from it, contrasting to a halo around the "d" in "good." The message couldn't be clearer: Christians are hypocrites; Christian girls are very possibly b*tches.

Gatlin's book, about malicious southern Christian gossip and hypocrisy, provides plenty of abuse of Christianity. Leave it to heavyweight Jewish media moguls Iger and homosexual/Jewish producer Darren Star to pick up her story and vent their animus against Christians on prime-time TV. Recent Disney pro-homosexuality, even at their theme parks, is legendary. Star is a veteran of trashing Christian sexual morality, having created "Melrose Place" and "Sex in the City."

Of course, in Canada, under the Jewish Anti-Defamation League's hate laws, if a Christian uttered the phrase "good Jewish b*tch" in public, he could face a minimum fine of $5000 and more than $150,000 in legal fees. In America he could easily be fined and perhaps jailed by local governing bodies influenced by ADL.

But when superpowerful Jews create a television series kicking Christianity and Christian women in their moral solar plexus, no alarm is raised by the American Jewish community, especially ADL. ADL seems conveniently distracted at this time, loudly preaching "tolerance," "respect for diversity" and "civility" elsewhere.

In 1988, the Jews of MCA in Hollywood did their best to destroy the reputation of Jesus in their film The Last Temptation of Christ. Christians feebly protested through ineffectual petitions to MCA and boycotts.

Only the National Prayer Network, in a powerful flyer sent to 192,000 pastors in America, clearly identified MCA as Jewish with a Talmudically oriented antichristian bias. (See The Last Temptation of Christ' An Unnecessary Disaster in Christian-Jewish Relations) As a result, years later, a national Jewish authority admitted regretfully that The Last Temptation had become "the greatest disaster in Jewish-Christian relations in the 20 th century." No more films as vile as The Last Temptation have been made by Hollywood.

But now, having seen how easily "Christians" like Glenn Beck and other New Right leaders can be intimidated, with none daring to utter the forbidden "J" word, Hollywood insiders are again moving boldly to do what apostate Jews have specialized in for centuries: revile Christ and His followers. They know they have little to fear from evangelicals except petitions and boycotts.

In an action alert the Parents Television Council writes, "ABC has not even attempted to veil its hostility toward women and Christians. The bigotry is right up front in the title of the program and will be reinforced with every commercial, every advertisement, every billboard they pay for to promote the show."

What is the Christian community's response to this latest assault? Will it go so far as to charge, as did Orthodox rabbi Daniel Lapin, that liberal secular Judaism "is in relentless attack on evangelical Christianity"? (See Rabbi Lapin: Christians Under 'Relentless Attack' by 'Secular Judaism'')

WorldNetDaily reports, "Both the PTC [Parents Television Council] and AFA [American Family Association] have launched signature drives to petition ABC not to produce Good Christian B*tches as well as encouraging a boycott of advertising on ABC."

Yet this predictable, pathetic and ineffectual response by evangelical leadership need not be the pattern for you and me! Let's take every opportunity, especially on the internet, talk radio, etc., to remind Americans that big media is Jewish and dedicated to destroying Christian civilization in order to hasten its own Judaic new world order.

Here's some practical ammo in your fight against Iger and ABC: Link to my article "Jews Confirm Big Media Is Jewish" and distribute as widely as possible. Purchase copies of my book Israel: Our Duty, Our Dilemma and videos The Other Israel and Zionism and Christianity: Unholy Alliance. These extensively documented works powerfully expose Jewish control of the media. Share and show them widely (available online at www.truthtellers.org for $24.90 postage paid; or at NPN, P.O. Box 828, Clackamas, OR 97015; or by calling at 503-631-3808).

Clearly, if defending the country, our families, and now our young Christian women were left to Christian/conservative leadership, America's defeat before Jewish supremacism would be assured. Yet NPN has shown repeatedly that if the people receive the whole truth and speak out, exposing Jewish supremacist origins of media blasphemies, the medial moguls, like rats in a garbage dump suddenly exposed to a searchlight, will dive for cover.