THE BITTER FRUITS OF DARWINISM


Editor's Note: After reading Charles Darwin's account of how he lost faith in God (See, Darwin's chapter on "Religious Belief"), my brother, John Pike, 150 years later wrote this commonsense letter to Darwin on the sordid consequences of his unbelief. - Rev. Ted Pike 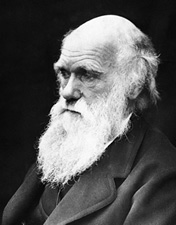 I have recently read your autobiographical thoughts concerning why you abandoned faith in God. I have the distinct advantage to live 150 years in your future and have some observations about your conclusions.

Modern discoveries of my time reveal a biological complexity of which you never dreamed. You knew nothing of the cell's workings or the brain’s intricate circuitry. In fact, you knew nothing of electricity! We now observe an “irreducible complexity” which abounds in the natural world. The features of complex organisms must all simultaneously exist before the organism can be productive. This, of course, compromises your belief that chance mutations over long periods of time could create complex function.

You did not live to see the failure of evolutionary paleontology to discover the multitude of "missing links" you so confidently expected. Enormous gaps in the supposed evolutionary record still exist between the many species you claimed descended from common ancestors.

You also did not live to see the Bible vindicated. In the 20 th century, archeologists have discovered its ancient kingdoms and empires. The Old Testament is one of their foremost guides to antiquity. Man’s preoccupation with towers, pyramids and modern “skyscrapers” certainly lends credibility to the Tower of Babel. The city of Nineveh—long denied as a myth—was found buried beneath the sands of time, its bricks clearly stamped with its Biblical name.

In the very century after you said we are continually perfected by evolution, man’s evil was most stunningly revealed. Unrestrained by the the God you called a “Revengeful Tyrant” who would judge man for sin, totalitarian states and dictators sprang up. They used technologies of war totally unknown to you, shedding more innocent blood in one century than all previous centuries combined! They incinerated hundreds of thousands of noncombatant citizens with firebombs dropped from the air. They murdered millions who got in their way. Incidentally, these warmongers and brutes called themselves … “Darwinists.” They were not “ignorant believers.” They held your own philosophical conclusions. By dismissing the Bible as a metaphor, mankind gave himself permission to do what he does best: inflict cruelty far beyond the natural hazards of a fallen world. Is it really a “damnable doctrine” that such evil men—living by your conclusions—should be punished forever?

You said there is no more design in organic beings and their natural selection than in the course of the wind blowing. I am astonished. You completely misunderstand the principle of design. Quite simply, if something works, it is a good design! And it makes far greater sense that design was done by an Intelligent Designer than by the chance mutations which inevitably degrade organisms rather than advance them. Your metaphor itself was flawed. Even the trade winds in their courses are a good design, making possible our life-giving atmosphere. The fixed laws of nature make possible the workings of this wonderful universe and world in which we live.

You conclude that suffering seems to argue against an intelligent first cause. By denying God and our obligation to Him, this premise has justified much, much more suffering. Desiring that no one believe Christianity, you discount the many benevolent Christian organizations formed to alleviate suffering. Such relief has not been the legacy of atheists, agnostics, or religions of the Far East.

You may argue that Christianity has been responsible for many wars. But human political systems of religion do not represent the true nature of God. Man’s capacity to be a spiritual image and reflection of God has been usurped by his desire to elevate himself in the “survival of the fittest,” a concept that true spirituality must repudiate. Like a person who rejects medicine because they once saw a quack doctor, you make the grave mistake of missing true value because counterfeits exist.

You confess your disillusionment with the claim that God’s existence can be proven by the “grand schemes” of nature. Yet no more powerful argument exists for God than these grand schemes. Recognizing the God of Wonders elevates us so much above the rest of the animal world that there is an unbridgeable chasm between the two.

Your cynicism renders you unable to be led by the Spirit of God. This is a terrible place for a soul capable of knowing the mind of God.

I do agree that the hope of heaven gives me less concern about the destruction of our world. This destruction will more than likely be aided by the abuses of humanity. The modern technologies of destruction, of which you had no idea, have now rendered the distinct possibility of annihilation, not by the cooling of the sun but by the wickedness of man.

We, unfortunately, have come to a place in the history of the world where belief in Christ is not encouraged in children. Young people leave the church in droves. Evolutionary philosophy is a religion with fervent followers, even among evangelical "theistic evolutionists." It is now nearly as hard to shed the inherited belief in Darwinism as to shed the obvious knowledge that the sky is blue. This is your legacy and not one of which to be proud.

You apologize for lacking the authority to answer abstruse problems. Your resolve to not believe in God contradicts the apologies. You are “burning your bridges” behind you, and this is not the way of a true intellectual, philosopher or scientist. We must remain open-minded to the possibilities of reason, science and the divine.

I have lived through half a century of innumerable tyrants, philosophers and imposters who have gained the admiration of the masses. It is foolish to depend on their hollow congratulations. You hint we may sometimes need to oppose the opinion of others to follow our conscience. Could this conscience be God-given? We can put little trust in the moral sense of an intellect developed only by “the law of tooth and fang!”

I have the advantage of looking in retrospect at the leprosy of skeptical humanism that spread in your time. I am sorry that higher criticism and hypocritical religious institutions seemed to confirm your disbelief. Fortunately, they have been wonderfully countered in my lifetime. I have every reason to continue in faith as scholars, archeologists, and scientists publish new defenses of God and the Bible every year. As more disbelieve, God reveals even more proofs that are appreciated by those who acknowledge Him.

If I may paraphrase Mrs. Barlow, the old lady you mentioned in your article, “Doctor, I know that the creation is wonderfully designed, and I know that my redeemer liveth.”


Listen to a challenging group discussion of John's article in our latest Bible study at Truthtellers.org's Biblical Answers page, titles "The Bitter Fruits of Darwinism" (click here).
Also, the NPN film "Shaking Campus Liberalism" is mentioned in the Bible Study. DVDs of the film are available for purchase at the NPN Store.

John Pike is the brother of Rev. Ted Pike.