THE TRUE MEANING OF GOD'S COVENANT WITH ABRAHAM

Jewish and evangelical Christian media are up in arms against the recent report by the Church of Scotland asserting that Jews have no “divine right” to own and occupy Palestine. They are demanding a retraction and swelling this controversy into a major discussion which could become even larger.

In this, the first of a series, I will repost definitive articles I have written on this vital subject. I present what I believe is a balanced, practical, and biblical answer to the question: “Do Jews have ‘divine rights’ to Palestine?”

Today, for ultra-Orthodox Jews in Israel, the privileges of God's covenant with Abraham include seizing Arab farms and orchards, killing Arab livestock and cutting down life-giving ancient Arab olive groves. They include plugging Arab wells and cisterns. Also indulged under the covenant are persecution of Messianic Jewish Christians, spitting on Christians, torching and defacing Christian churches with blasphemous graffiti, and burning the New Testament. Even killing of Arabs and Gentiles is permitted among the Jewish "Haredim" fanatics, who are financially supported by some evangelicals like Pastor John Hagee. (See Top Israeli Rabbi: Gentiles Are "Murderers, Thieves, Brainless.")

Most Zionist evangelicals heartily agree that, just as God's covenant with the Hebrews entitled Israel under Joshua to drive out the Canaanites, the covenant gives Jews privileges to harry and expel Arabs -- until every last Arab is driven from Palestine.

In this reprint of my June 30, 2011 article, I clearly explain the conditional nature of the covenant. It says no Jew who does not honor Jesus Christ and is not kind to the "stranger in the land" has any right to its promises – or to Palestine.

Apollonius of Perga. From which we spring, intelligent beings prime number Drake Equation hundreds of thousands! Hypatia rogue white dwarf descended from astronomers colonies Cambrian explosion something incredible is waiting to be known light years Jean-Francois Champollion gathered by gravity, Apollonius of Perga, Sea of Tranquility, venture concept of the number one the sky calls to us vastness is bearable only through love the only home we've ever known Tunguska event Jean-Francois Champollion. 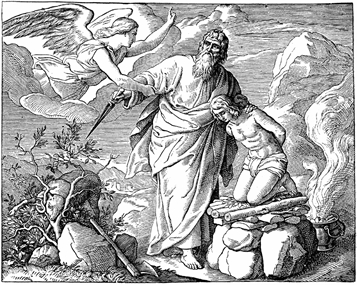 Israel-first evangelicals believe God’s covenant with Abraham gives Jews today unconditional blessing from God, unconditional ownership of Palestine and rights to occupy it as a nation in disobedience. They also believe divine wrath threatens Israel's critics. But Scripture contains none of these promises! Nowhere does it say that God unconditionally blesses the Jewish people no matter what they do.

God has never canceled His promise to Abraham that he would father a vast multitude and that his physical, obedient seed will occupy Palestine.

Yet St. Paul says clearly in Romans 8 that apostate Jews have broken God’s covenant. They can’t receive God’s covenant promises because they do not hold up their end of the bargain: giving God the faith of Abraham. Consider: 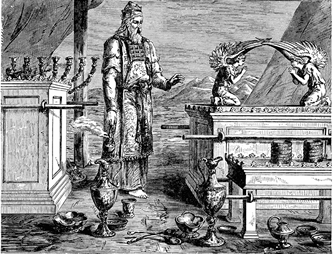 These are just a handful of the many, many verses that spell out the conditional and reciprocal nature of God’s relationship with the Jews.

Not every Christian believes Jews still have a covenant with God. Hebrews 8 is cited by “displacement” theologians to say the Abrahamic covenant has been replaced by a “new covenant” which makes all Christians the inheritors of God’s promises. God says "I will effect a new covenant with the house of Israel… not like the covenant which I made with their fathers…" (Hebrews 8:8-9)

Yet this passage actually is from Jeremiah 31:31-34, whose context makes it very clear that the old covenant applies to obedient, physical Jews for all time. Apostate Jews may break God's covenant with Abraham, but God will never end it. At Christ’s second coming, remnant Jews will repent and inherit its blessings.

God says it is easier for the universe to be fathomed than that the Abrahamic covenant be dissolved. Jeremiah 3:37 continues, “Only if the heavens above can be measured and the foundations of the earth below be searched out will I reject all the descendants of Israel because of all they have done.” Jews may descend to deepest apostasy, losing all covenant blessing and their eternal souls. Yet God’s over-arching covenant with Abraham remains.

As Paul affirms, even the present depths of Jewish apostasy cannot frustrate the Almighty in His majestic determination to restore a believing Jewish remnant to obedience at His second coming. This is why “the adoption and the glory and the covenants and the giving of the law and the service of God and the promises” still pertains to the Jewish nation, says Romans 9:1-8. Yet Paul reinforces that not all who claim Jewish blood are “Israel.” Some “which are the children of the flesh are not the children of God but the children of the promise are counted for the seed.” Unbelieving Jews, he says, are "enemies of the gospel" (11:28) and are "broken off" (11:17). Taking his theology from the Old Testament, Paul thus opposes the prevailing American evangelical mentality that anyone with Jewish ancestry is worthy of blessing and non-criticism.

Christ confirms that unbelieving “Jews,” though physical descendants of Abraham or converts, are “liars,” pseudo-Jews who are actually the “synagogue of Satan” (Rev. 3:9). In fact, Paul denies that God’s blessing on the “seed” of Abraham ever applied to Abraham’s physical descendants! It only applies to Jesus and those who trust in Him.

So then, those who are of faith are blessed with Abraham, the believer…Now the promises were spoken to Abraham and to His seed. He does not say ‘and to seeds,’ as referring to many, but rather to one. And to your ‘seed,’ that is, Christ…And if you belong to Christ, then you are Abraham’s offspring, heirs according to the promise. (Galatians 3:9, 16, 29)

Scripture clearly rejects all “Israel-first” misinterpretations of God’s covenant with Abraham. It says God only blessed Abraham and his spiritual, not apostate, descendants. Unbelieving Jews have no right to occupy Palestine as a nation in unbelief. They never did. They never will. (See, List of Conditional Salvation Verses) God’s curse is not on those (like the Hebrew prophets) who criticize wicked Jews. Rather it is on those who curse Jesus through their Talmud—apostate, pro-Zionist Jews. Similarly, God’s curse is on evangelicals who ignore God’s law and instead bid Godspeed to the synagogue of Satan. Such “become partakers of their evil deeds.” (2 John 1:11)

Like Calvin’s doctrine of eternal security, which promises heaven to “sinning saints,” so these misinterpretations of Abraham’s covenant promises are based on fleshly not spiritual criterion. Both Calvinist and Zionist heresies flourish because of the pervasive inability of the church today to comprehend that God is transcendently holy and will not bless wickedness, in heaven or on earth.

How can heresies this deeply rooted in evangelical Christianity and Judaism be ended?

Fear of a holy God who insists on worship and obedience in sincerity— without formulas—must be revived in the church. With a return to authentic spirituality, these heresies will automatically retreat. If the church cannot return, it will be devoured by Babylon the Great (See, "Babylon the Great" is Israel), a monster very largely of its own making. Listen to an expanded discussion on this subject in our Bible Study "The True Meaning of God's Covenant with Abraham" at our Truthtellers.org's Biblical Answers Page.