A bill that would outlaw academic boycott of Israel by U.S. universities, under penalty of loss of federal funding, was introduced into the U.S. House of Representatives last Thursday by Jewish congressmen Peter Roskam and Dan Lipinski. H.R. 4009, Protect Academic Freedom Act, is virtually identical to a New York State bill I discussed last week. (See NY Bill Defunds Colleges which Boycott Israel) Its stated purpose is "to amend the Higher Education Act of 1965 to prohibit an institution that participates in a boycott of Israeli academic institutions or scholars from being eligible for certain funds under that act."

It is up to all lovers of freedom to immediately and loudly protest the House of Representatives Subcommittee on Higher Education & Workforce Training.

The operator will quickly direct you to their offices.

Tell them: "Please do not support H.R. 4009, the Protect Academic Freedom Act. It denies academic freedom of speech and action to American universities and scholars."

|   LATEST TRUTHTELLERS.ORG E-ALERT: TWELVE WAYS TO ANNUL TRUMP'S "CHRISTIANS ARE ANTI-SEMITES" DECREE! Click here to learn about Ted's plans to protect all Christians.
|   JOIN FREE FOR E-ALERTS! Click to sign up with your email.   |
|   DONATE TO TRUTHELLERS: Click here for the NPN Store page with books, videos, and donation options. 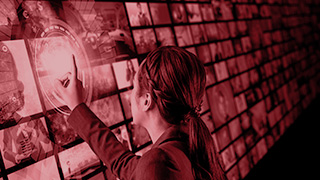 When I checked congress.gov this morning, for Anti-Semitsm legislation there were twenty-four active bills… 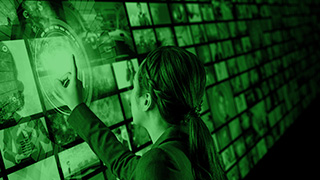 H.Res.27 — 116th Congress (2019-2020)
“Expressing the sense of the House that more should be done to instill Holocaust education in school curricula around the country.”
Sponsor: Rep. Boyle, Brendan F. [D-PA-2] (Introduced 01/08/2019) Cosponsors: (6)
Committees: House - Education and Labor
Latest Action: House - 01/08/2019 Referred to the House Committee on Education and Labor. (All Actions)
Tracker: This bill has the status of Introduced 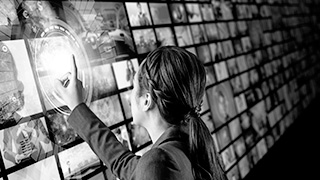 In 2000, Dr. D. James Kennedy played the pivotal role in defeating the Anti-Defamation League’s newly introduced federal hate crimes bill. Yet in 2002, Kennedy’s active resistance had faded. Fortunately, our new video Hate Laws: Making Criminals of Christians was circulating widely nationally. Deeply concerned over possible hate bill passage, NPN sent my powerful brochure “Will Hate Laws make you a Lawbreaker” to every state legislator and member of Congress and their crucial staff members. The result was a flurry of concern among Republicans over imminent passage of the Hate Crimes Prevention Act. Thus, when Senate Majority Leader Tom Daschle tried to sneak the hate bill through, Sen. Kyle of Arizona, speaking for other Republicans, demanded it be thoroughly discussed. Daschle, terrified the bill's Orwellian objectives might become public knowledge, shelved it.

Over the past 20 years, NPN has repeatedly resisted Jewish media attempts to denigrate Jesus. In 1988, we sent copies of my explosive flier, “The Real Reason behind the Last Temptation of Christ,” to nearly 200,000 evangelical pastors in America. It exposed the Hollywood Jews behind this unprecedented blasphemy. Ten years later, a national Jewish authority said our truth telling caused “the greatest disaster in Jewish-Christian relations in the past century.” NPN has consistently exposed Jewish supremacists behind promotion of such outrages as The DaVinci Code book and film, the "Book of Daniel" TV show, and the Gnostic gospels craze (See The Jews Behind Da Vinci Code). As a result, Jewish media moguls have largely abandoned wholesale mockery and sacrilege of Christ as part of their war on Christianity. Yes, evangelicals protested these attacks, as Hollywood knew they would. But it was NPN’s online trumpeting of their Jewish origins, putting into high profile Jewish control of the media, that actually caused them to back off.